Vienna/Sofia/Bucharest – Poaching and illegal wildlife trade threaten not only tigers in Asia and elephants in Africa but also the last – and strictly protected – sturgeons of the Danube, in the heart of Europe. Decades of overfishing and prices of up to 6,000 Euros per kilogram of caviar have brought the 200-million-year-old fish to the brink of extinction. Out of six Danube sturgeon species, five are classified as “critically endangered” according to the IUCN List of Threatened Species, with one extinct in the Danube.

However, the Danube is the only large river system in Europe where the protection of wild sturgeon is still possible. A small sturgeon population still survives in an 860-km section of the river shared by Bulgaria, Romania, Moldova and Ukraine. 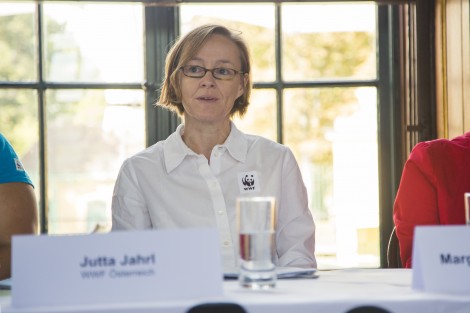 For the past three years, a WWF project co-funded by the EU Life+ programme has worked with fishermen, enforcement agencies, decision makers and aquaculture industry in Romania and Bulgaria. “The key to protecting sturgeons is to inform and train the central stakeholders in the countries of origin,” says project leader Jutta Jahrl from WWF Austria.

Until relatively recently, Bulgaria and Romania were among the worlds’ Top 10 caviar exporting countries.  But sturgeon populations plummeted after the construction of the Iron Gates dam at the border of Romania and Serbia in the 1980s, which prevents fish from migrating upstream to spawn. Overexploitation added to the dramatic decline of stocks, for which reason both countries imposed a sturgeon fishing ban. Nevertheless, poaching and illegal trade are still ongoing.

Beluga sturgeon caviar is considered the most expensive food in the world and it is in high demand. Only in 2013, the EU imported quantities worth 23 million Euro. Although most caviar is now supplied through aquaculture, loopholes add to pressures on wild sturgeon populations. Caviar from poached sturgeon falsely labelled as farmed often also finds its way to the market.

In 2014, Romanian authorities seized some 80 kilograms of illegal caviar and 4 tons of sturgeon meat. “These alarming numbers show that fishing bans alone are not enough. People in fishing villages are often extremely poor and have few alternatives to poaching,” explains WWF Austria sturgeon expert Jutta Jahrl. 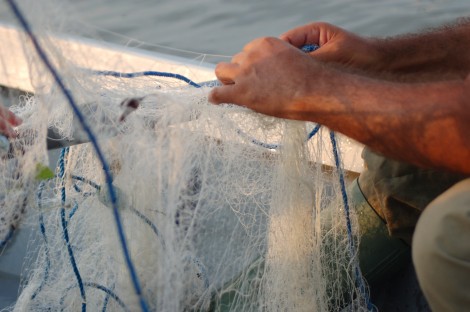 However, the region has a lot of untapped potential.  “There are many opportunities for sustainable tourism because the Danube is not yet seen as this beautiful region where one can go and relax. It is a border area. Our goal is to show local communities what opportunities there are and how to use them sustainably”, said WWF Bulgaria expert Ekaterina Voynova.

In the scope of three years, project members called “Sturgeon Advocates” visited some 30 fishing villages multiple times and built up contacts, raised the understanding for sturgeon protection and showed fishermen how to find alternative sources of income. In Bulgaria, a group of fishermen was trained in sturgeon population monitoring. “Monitoring is the responsibility of government institutions and we hope they will start employing fishermen in these activities, which are highly necessary. We already have indications that they are willing to do so,” Voynova said.

Practical trainings were also held with enforcement authorities as part of the LIFE project. “Lack of sufficient information and capacity means that authorities can hardly control illegal fishing, smuggling and trading, and especially the “caviar mafia” – organized criminals who exploit the situation shamelessly and make huge profits”, Jahrl said. A good development in this respect is the plan to develop the first wildlife crime unit in Bulgaria – something WWF had been insisting on. “If this happens, it will be a huge breakthrough.” 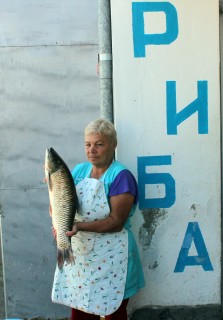 Eight sturgeon aquaculture farms in Bulgaria and Romania are also now involved in sturgeon protection by voluntarily committing to a set of principles developed by WWF, like respecting relevant national and international regulations and informing customers of the importance of mandatory CITES labels for sturgeon products. Involving sturgeon breeders in protection is important because they can greatly reduce the pressure on wild stocks while satisfying demand, especially in the context of current EU efforts to boost EU aquaculture, which accounts for less than  five percent of global aquaculture production. 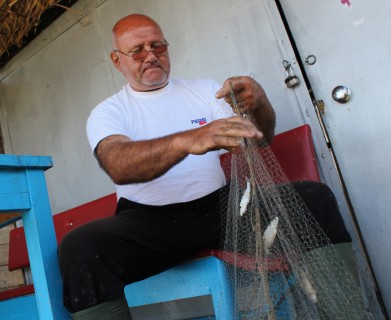 In a follow-up project, WWF hopes to expand sturgeon protection activities into Serbia and the Ukrainian Danube Delta. Fishermen and enforcement agencies will continue to receive professional training, while illegal trade routes will be investigated through “mystery shopping” at retailers and in restaurants. A fishing ban is in place to protect the sturgeons from overfishing, the main threat, but in Bulgaria and Romania it expires on 31 December 2015 and the states have not yet defined protection measures beyond it. 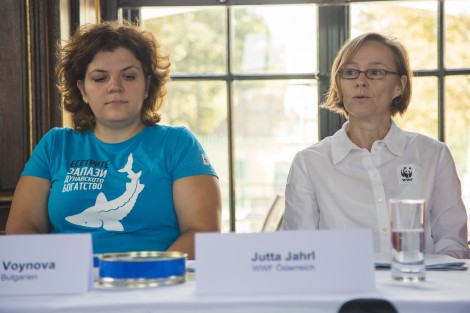